First the list:  Good people are good people no matter the color or where they come from

Science exploration is essential – please go for it

IT’S A MOVIE  we’ve pretended to destroy the Earth

We set ourselves down at the theater, popcorn, the lights go down and the character building begins. An older man looks disgusted, looking for something, finds it – the card, pack light, small cooler, loaf of bread- cheese- spinach-mayo- cold pack- water. Oklahoma red dirt and an old Volvo, the back-flashes of some of his past at the Pentagon unfold. He arrives at the Pentagon, (or the correct building that’s into global planning — read — never been to Washington, don’t know) he tries his card and it fails. The cartoon bubble above his head reads. If you trash your card – door 7b Fib.  Walks around to 7b, pushes his card into the antique reader and enters the sequence to 8. Down the hall from his old office he slowly opens the door then moves to the man behind the desk. Settles – leans over and hisses!

We have a problem here, Panama canal is outdated for some shipping- Our country is being bought by people that will eventually raise the rent and we will not have a place.  You dumb asses are thinking way too small! Go get an asteroid, bring it in and pretend to try to blow it up, but it just breaks into two pieces. You fix global warming, open up shipping, and slow down “the landlord”!

Soo, I recently read about the project of towing an asteroid into an orbit around the moon. Hmmh, I said Hmmh.
BTW. It’s mostly not approved yet. 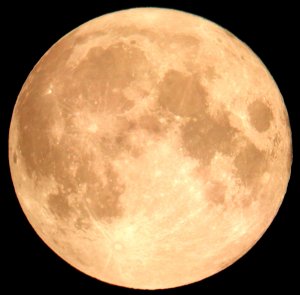 This is what we get for not paying attention.  some of  this is an opinion..

Although magnets are not gravity, they are similar. (electric motors work because of the rotating magnetic field)  Here’s the best starting place and where I found this information. It came up in “Moon orbit – the encyclopedia version”.

In the year 2015 the Moon will be in the minimal ecliptic orbit, meaning  closest track to the Earths equator. The maximum ecliptic orbit was 2006. I asked some of my astronomy friends that year when I noticed the track of the Moon light/shadow on the floor that summer. I used masking tape – full Moon – Moon directly south of the window.  Hindsight is great, remember 05 through 09 and the polar ice cap had hot water – the tide- rushing under it for several years. A good portion melted.

Billions of years ago Earth days were much shorter and at this time it is slowing rotation by 23 microseconds a year and the (transfer energy) moon is speeding up. The moon orbit diameter increases by 38 millimeters (about 1.5 inches) a year.  Imagine if the Earth could make it past the 2.3 billion  ( it’s the sun issue- look it up) year in the future  to the 50 billion year  in the future time. It would take 47 days for the Moon to make one orbit, the Earth day would also be equal to 47 days now and all the water in the oceans would bunch up on the Moon side.

Timing is everything, I’ve heard that before. How about you? Ugh, I’m really looking forward to the year 2024.

Pa. police searching for one man: how many  weeks? how much cost? Something is wrong with this story.

Let us start with the correct question.

Who was the first officer that abused this person. Charge that person with the entire cost?

Why did that officer think they had the right to overstep their authority? Were they advised to do so by another officer or a supervisor, or the ( State Policy).

1.3 million a day is what appeared on the internet “news”

Sure, the Police killer could just be nuts, but there’s a good possibility he’s not where they are looking.

I checked the notice and decided to look up columbus day – a legal holiday.

Note that bank and columbus are not capitalized, they both could earn the respect of being capitalized, but not today.

This is some of what I found.

The man that saw the white beaches of the Bahamas first was supposed to get a reward. Of course Columbus was lost actually, but stole his reward anyway.

The natives were pure and generous traders, but a few had tiny gold ear-rings, their undoing. Shortly they were slaves, ravaged, raped, and some were beheaded just for fun. Look it up

The natives numbered in the thousands, easily propagated and gave birth painlessly but the men were then slaves, the women worked hard and undernourished, if a child was born there was not milk to feed them and they died or the mothers drowned them to spare them a horrible death. It only took a short time to kill them all.  Once in a while they would have to test how sharp a sword was by slicing off a piece of flesh from a native.

The concept of celebrating Columbus Day  –  Your Decision? To the credit of a young Priest that thought this behavior was disgusting, some of this is recorded. Thank you

The question: Do you have allergies? Do you know – we are the top of the food chain?  “We” should be able to like and eat anything labeled food?

Just this morning there was a post on internet news how antibiotics might be to blame for the good bacteria we should have, being eliminated and an otherwise perfectly healthy boys death from Peanuts.

Free info. : Here’s one moment how I remember it. I was about 7yo. and my older sisters first born was having a terrible time “digesting” . We brought her to the farm and introduced her slowly and carefully to how we had all been fed as children. One part of that was real milk from our small dairy, it was a Grade B dairy meaning the milk was going to be turned into cheese.

Without serious research  I’m suggesting thousands of years of cheese before our current technology.

Antibiotics: How we won the battle, and why theyre winning the war..

I would insert a photo of a map, or a google earth  pic of a 10 square mile area in the country if I had one quickly available.  Hopefully you get the visual image without it ?

credit of inspiration to bronxboy55

respect for: our humanity , inventiveness

Many on a recent blog mentioned GPS . It is soo good as a backup.

Once “we” set out to explore our world. We had never seen the new, so we found relationships of where the sun rose, the temperature, the prominent landmark two days walk behind us.

Our navigation skills could soon be lost to abilities / technologies available that we can buy. Since I’m old I can mention the Star Trek  Ferengi, lost in space with no idea how to re-invent and repair some technology they traded for.

One possible help to our society — Oh, I might mention I’ve been in the vehicle or heard the story shortly after 5 GPS failures. I’m counting.   After a few miles in the wrong way it will redirect, I think?  Meaning, I’ve been down that road more than 50 times, and know exactly how to get there by way of the connecting dirt road. It appears GPS will attempt to keep you on a paved road, not knowing a dirt road will not turn to mud if it rains. Think- most roads that get used are graveled and packed / maintained.  City streets seem somewhat reliable.

The human in us can still keep navigation skills and landmark recognition with a little practice. Look out the windows when traveling, notice where you turned by landmarks just in case you want to return the  way you came. Use your mind to download  a view from above that you just looked up on the gadget “you have no idea how to design and build” — but you traded money for it.

Get out and explore.  I’m asking a favor ” use your mind and the memory of how you arrived and how to retrace where you have been”  If it just rained or is raining, please miss the puddle in the road, it might be really deep and you lose a wheel in it. Several hundred from the city blew the gravel out of it already.

Off topic, but real.

We have , and will continue to enjoy all our gadgets. Myself completely, timing is everything.

Recently. second hand , heard a story of a man that attempted to build a “Toaster”.  Specialists and communication have allowed us to order nearly anything. He decided to start with dirt to build a toaster we can buy from K-Mart for less than $50.  After a year of research and development, testing materials he had made , maybe one slice of bread was toasted before something failed.